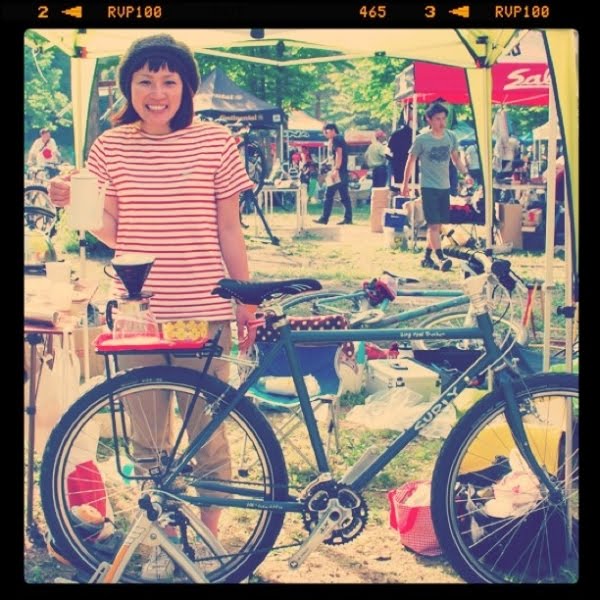 Rie Sawada, who blogs at CharRiesCafe, was recently profiled in Pittsburgh's Urban Velo is a bicycle advocate in Nagoya.

She sells "mom-made marmelade" and a special coffee blend. On Sundays she uses her bike as a portable cafe, selling coffee and teas off the rear rack. Although she started off with a Surly LHT (above, demonstrating the versatility of the LHT) she has since transitioned into a more polished cafe-bike with a Nishiki. 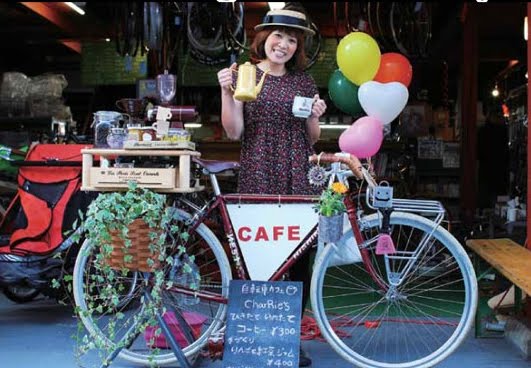 She's currently touring northern Europe with her Bike-Cafe. The back story is, she's doing marketing for Nagoya, pitching it as a modern green 2.0 city, and getting Nagoya lots of earned press. Very clever.
at 7:20 PM