Wednesday I rode with RC, starting at Southside Riverfront Park, stopping at Big Dog Coffee (Baron Batch sighting!) and riding out to Kennywood. Then we rode into town and checked a few things out, starting with the Pittsburgh 200th Birthday Bridge which is sort of a selfie stage: 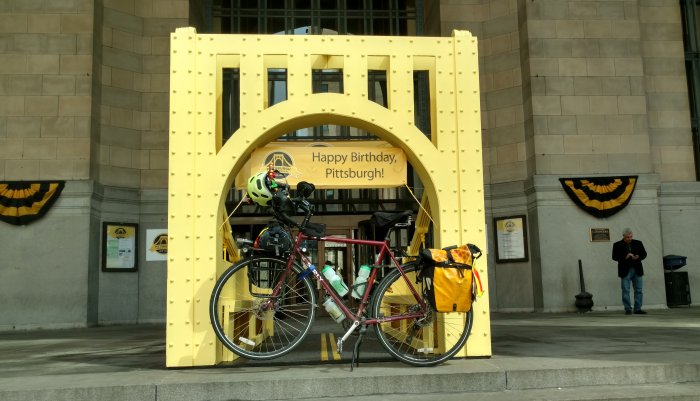 We saw Mayor Peduto and Dan Gilman while we were photo-staging. Then we saw Councilperson Darlene Harris, who said "wouldn't you like to see bike lanes on the bridge?" and so I figured, Why Not? 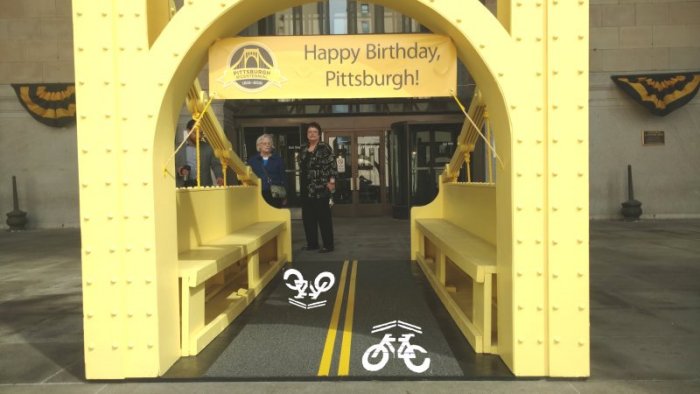 In Market Square, an art installation by Allard van Hoorn uses the surface to represent a vinyl record player: 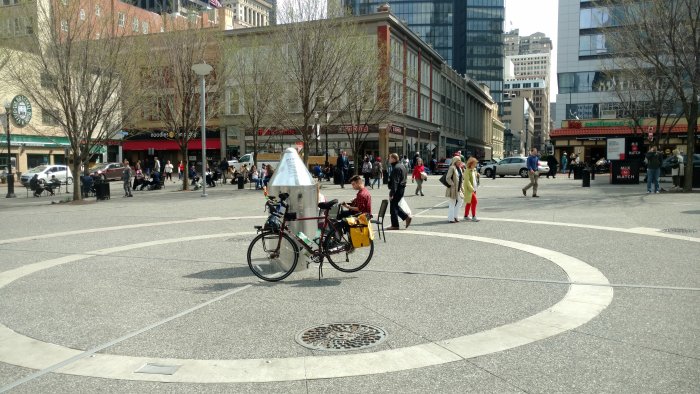 Nobody Expects A Man in the Baggage Car

3.20.2016
14m
mtd:102 ytd:236
Rode Falls Church, Va to Union Station via the W&OD, Custis, and Mt.Vernon trails. They were all in excellent (paved) condition. Weather was cool and sometimes light rain. It's fantastic to have a network of trails.

Saw a Syrian protest at the Lincoln Memorial. Saw the ongoing work on the reflecting pond, and I wonder if that project isn't just a facade for a major underground deep-government project, hidden in plain sight. Saw the Capital building which looks a bit like Parisian barricades.

Rode to Union Station. My recent Amtrak experience is small stations: Pittsburgh, Connellsville, Harper's Ferry. Union Station is like the ORD of Amtrak. Also, a remarkable structure. Rolled in with my bike, no problem at all. In Union Station there was no need to take elevators between levels, the track platforms are at the same level as the outer doors. (So are the tracks, so you have to lift your bike up into the baggage car).

The Amtrak experieince is great. There's a phenomenon common to cyclists I call GBCWHW: Great, But Can We Have WiFi? When a new bit of cycling infra is introduced, it's wonderful, it's magical, it's a capability where there was none before, it's a miracle after years of planning, coordinating, and persuading. And while the magic persists and we continue to appreciate the new (bridge, ramp, service), very quickly the cyclist mind turns to: Great, But Can We Have WiFi? I love the Amtrak service and I really look forward to onboard Wifi, which is a thing they do on other routes. I'm very happy with my RORO service, I just wonder: I can has RORO&Wifi, por favor?

I really try not to delay the train when disembarking (I can't quite say detraining, although the Amtrak announcements use that term) so I'm positioned outside the locked baggage compartment fifteen minutes before arrival. In a few minutes the conductor arrived to unlock the door, and I go into the baggage compartment and derack my bike, then retrieve my five bags and start loading the bike so I can roll off in one Therblig.

The train arrives just as I finish schlepping, and a different story is onfolding on the platform. An Amtrak worker drives a tug pulling baggage carts out on the platform, stops next to the arriving train, the train stops and she opens the big baggage hatch.

I'm standing inside the baggage hold, the door opens, and by reflex I said "Hiiiiii!" as is my wont. I don't think she expected that, it kind of startled her. Nobody expects a man in the baggage car.

In Leesburg I stopped at Plum Grove Cyclery, which has just relocated from the outskirts of town into the core of town. I think they're the closest bike shop to the hotel complex. They were excellent; I went in complaining of too much play in the front wheel, which I couldn't diagnose, and they found the culprit, fixed a few other things that needed attention, and asked a very reasonable price. I was so appreciative they'd take a walk-in off the street. They started off in downtown, moved out to the perimeter, and now they've moved back into town, so they're presenting as Plum Grove (Re)Cyclery during the transition. Very nice people; recommended.

The entry from the hotel complex to the W&OD Trail was extremely easy. The W&OD is a paved, signed, well-marked trail. The only problem is: there's an at-grade crossing about every two miles. There's lights and crosswalks, and the locals were very courteous. When in doubt, they stopped.

It wasn't a very bad day, it just (whine) hurt. I didn't bring waterproof, low-temp gloves and I suffered from it. This is my paradox; I carry too much stuff, and I end up wishing for some gear I intentionally left at home. Operator Error in Judgement.

I did stop at GreenLizard Bikes and Coffee in Herndon, immediately on the W&OD trail. Hot soup and coffee on a cold day; so excellent. Nice people here, too; celebrating their third anniversary. 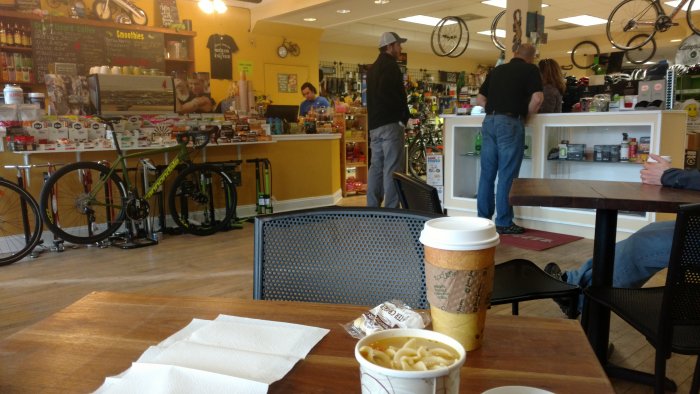 This section of the W&OD has three new breweries adjacent to the trail, and they each have a sign out: Water, Bathrooms, Tools. That's really tremendous. (Caboose Brewing, Old Ox Brewing, Loudoun Brewing Company). And there's a Whole Foods, what more can you ask.

Today I'd ride for an hour, and then find a place to get warm for probably the same amount of time. The traditional problem with the W&OD, that it's unshaded and very hot, just wasn't a factor today.

Who Was Jubal Early?

The Amtrak bike service was just perfect. I have been wondering how a loaded touring bike would be handled given Amtrak's baggage policy, but there was no problems. I went on board with four panniers, a medium-size drybag athwart-ships on my rear rack, and a small drybag on top of my front rack and it was no problem at all. I took the bags off the bike in the luggage car and set them on the deck. No discussion of excess baggage charges.

Although I was the only bike on the train when it departed Pittsburgh, when I departed in Harper's Ferry there were 3 bikes on the rack. I'm glad to see the RORO service is being used. I've never been to the Amtrak Station in Harper's Ferry. 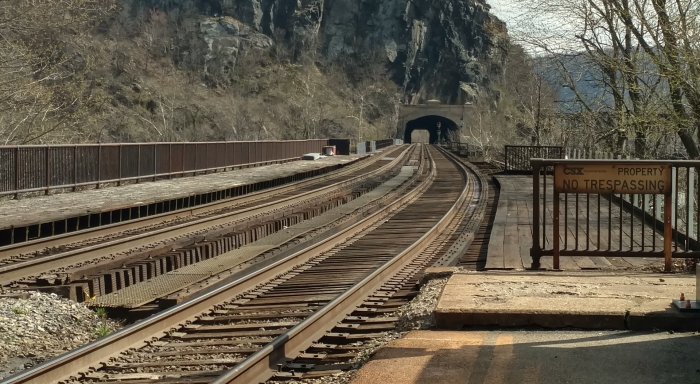 I hadn't been in Harper's Ferry since the July 2015 fire, which was kind of a big deal. The tourist industry is still very much intact.

While I was in town I stopped at The Outfitter at Harper's Ferry, which is co-located with a General Store. They have a pretty-well stocked bike section, and also a camping section. Met a lovely lady at the cash register, which had two phone numbers prominently displayed for customers: one for NASA, one for the White House.

I asked, What's with the phone numbers? She said, a surprising number of people coming of the Appalachian Trail need one or the other. She explained, people are alone on the trail for a while, maybe there's some drinking or drugs involved - I'm not saying - but they've seen something and feel the need to report UFOs. I just give them the NASA number and we move along.

I ask, and the White House? She said, some other folks do a lot of thinking on the AT, and they come into town convinced they've found a solution to one of the world's big problems. I give them the White House number and somebody there takes their message. She had a certain mirth in her explanation, I liked it a lot.

Anyway, I think The Outfitter at Harper's Ferry is a good place for supplies. Not a full bike shop by any means, but tubes and common items.

Rode into Brunswick. The local bike shop, Three Points Cycles, is closed Tues-Wed-Thur, but there was a really nice sign in the window to the effect, "Closed T-W-Th during the winter, but here's my cellphone number. If you're in a jam, call me and I'll help you if I possibly can." I really liked that.

The trail was in excellent condition. No handles on any of the hiker-bike water pumps; maybe it's too early in the year. No leaves on the trees yet, so I saw a few things I didn't know were there; a few train tunnels, for instance, such as the one at Point of Rocks. Saw a lot of squirrels, turtles big as my dog (I have a small dog), ducks, some turkey vultures, and got to see a magnificent blue heron takeoff.

Pulled into White's Ferry to cross the Potomac to Leesburg. The ferry bears the name, General Jubal Early. I've been on this ferry a dozen times but never pondered the namesake.

Turns out Jubal Early was a Confederate officer who attacked Washington DC. His forces were winning the day, unexpectedly, but he knew he didn't have enough men to hold the city if they took it. So he fired artillery into the city, saw Abraham Lincoln on the defenses, and withdrew - crossing the Potomac back into the Confederacy. Kind of interesting that his crossing the Potomac is memorialized every time this ferry crosses the river. Kind of weird, the entire presentation of Confederacy "heroes" in the South.

Jubal Early went on to develop and promulgate the Lost Cause of the Confederacy myth, which was embraced by Southerners and is still heard in today's rhetoric. The Lost Cause apologists gave us today's "South Shall Rise Again" idiocy.


The Legend of the Lost Cause began as mostly a literary expression of the despair of a bitter, defeated people over a lost identity. It was a landscape dotted with figures drawn mainly out of the past: the chivalric planter; the magnolia-scented Southern belle; the good, gray Confederate veteran, once a knight of the field and saddle; and obliging old Uncle Remus. All these, while quickly enveloped in a golden haze, became very real to the people of the South, who found the symbols useful in the reconstituting of their shattered civilization. They perpetuated the ideals of the Old South and brought a sense of comfort to the New.

Pop-Up Flowers on the Southside 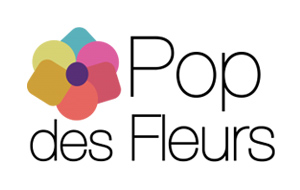 Blah; March. Winter. Kind of some mild temps, though. Encountered a beautiful, arresting display of flowers by some fiber artists at the SouthSide Library. It was a much appreciated burst of color and creativity.