Started riding with R and S at the Bastille in the afternoon. Biked out to the 40th Street Bridge, crossed the river, and went further out of town. As we worked along Plummer Street we found ourselves riding in sleet, at which time I formally invoked Rule 9: If you are out riding in bad weather, it means you are a badass. Period. It was a good sleet; no real reduction in visibility, and yet it made us feel slightly virtuous.

Rode out to HighLand Park, and once again the Wisdom of Ancient Names was evident; High-Land-Park is up on top of a hill.

Went to Tazza D'Oro for Coffeeneuring 5 of 7. 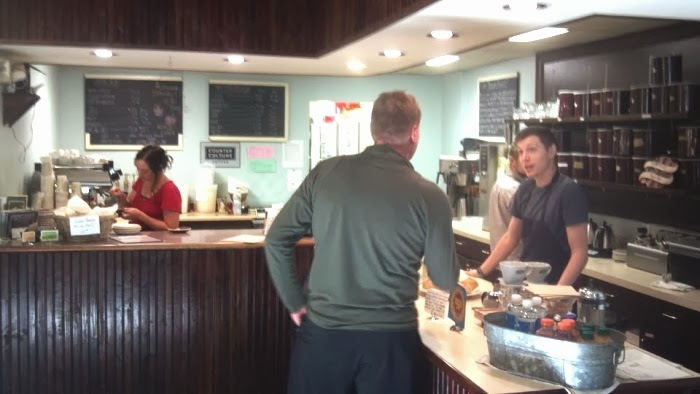 I had a double espresso. The offerings board suggested this particular bean would have a hint of citrus and it delivered just that, I really enjoyed it. I also had a localvore apple from Kistaco Farm which was excellent. R had a latte and a baked apple pastry, and S had tea with lemon and the baked apple pastry. Everybody was pleased. 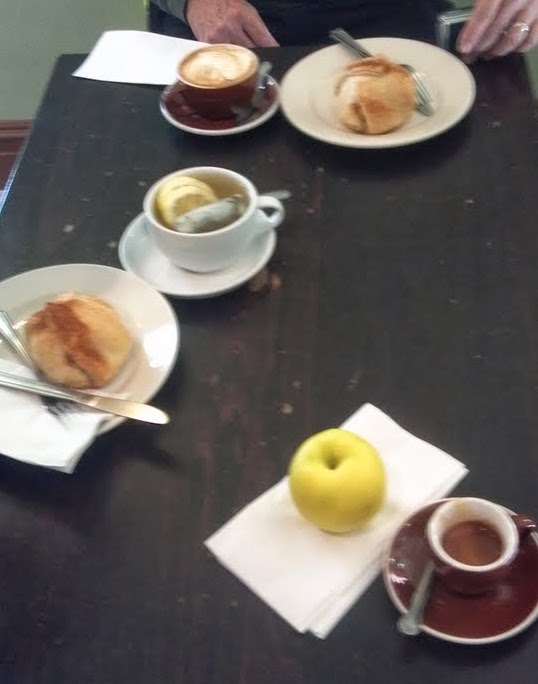 After we ate and enjoyed the drinks, we broke out chain tools and an old chain that R had, and we had a brief hands-on session about chain repair, something you only get to do about once every three years (hopefully) and it was a good review.

Departed Tazza D'Oro and rode to Squirrel Hill so S. could do some shopping. Then we biked Forbes inbound through Schenley Park, the Junction Hollow Trail down to the Jail Trail, and the Hot Metal Bridge over to the South Side Trail (whew!) over to Thick Bikes to pick up some of their excellent new Sock-Clops socks (by Colin!) 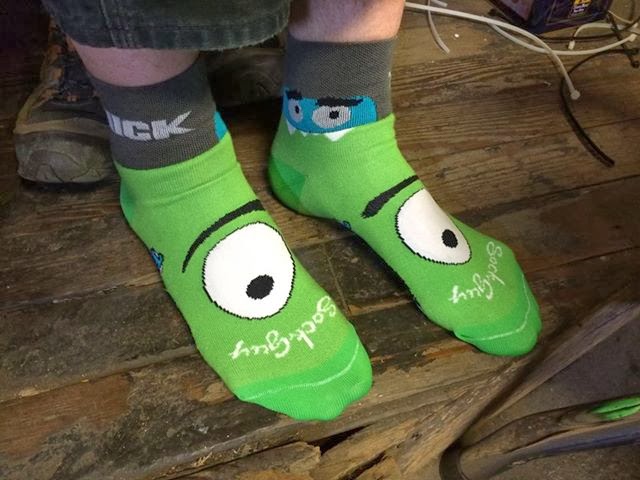 Rode back via the Ft Pitt bridge and the Ft Duquesne bridge, with the sun setting behind Mt. Washington as we passed Peggy's Marina. We squeezed every bit of daylight out of this afternoon ride, really an excellent time even with the few bands of sleet we experienced.