Soupaneuring 3. Smallman Street Deli on Murray Ave, Squirrel Hill, with SRpit.
This visit was suggested by HelenS and Edmonds59, and seemed very appropriate since we were about to go on a Hannukah Ride so we had Matzo Ball Soup. It was very good. 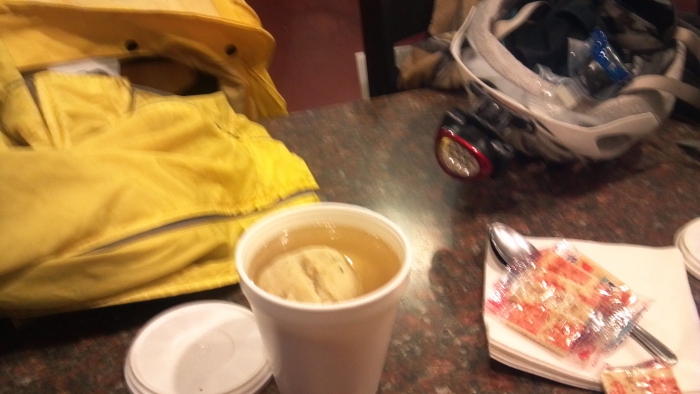 Next we rode over to the Chabad Lubavitch Center to muster up for the car (and bike!) menorah parade. It was very nice, several of the older gentlemen made us very welcome and made a big deal out of the bikes joining the parade.

From BikePgh there was Marko, Pierce, Pseudacris, Stu, Paul, and AWC's (award winning cyclists) SRpit and Yale Cohen, and most of all Ben Yogman who was the point man for including bicycles in the event.

The car parade started off, the bikes followed the last car, some other cars got in line behind the bikes, and it worked real well. The cars went much slower than the bikes were capable of going. There was a police escort ensuring that no other traffic mixed in with the parade, so that was really nice.

What made this most excellent was the community response to seeing the bicycles in the procession. It seemed like they were used to the "car menorah parade" concept, but they were all surprised to see the bike contingent and they all processed it as a positive. People laughed, they took pictures, they smiled, it was completely awesome.

I hope we get to do this again next year. 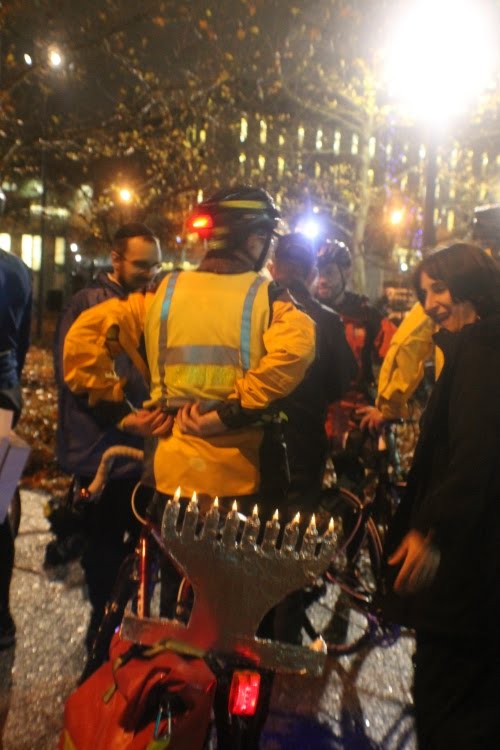