A "randonnée" (French for excursion) is a bicycle ride of a certain sporting style, conducting according to French rules which involves dates, checkpoints, goals, but also encourages initiative within the rules. The French are pragmatic souls. A person who participates in this event is a "randonneur".

Every fall, a group of like-minded silly people have a self-challenge based on coffee randonneuring, called "coffeeneuring". In the spring, an overlapping but slightly different group have a mini-challenge called Errandonneuring, which challenges you to

If you're still here, thank you. Errandonneuring involves demonstrating the utility of the bicycle. The short time frame and number of tasks encourages you to seek ways to do things by bike. It urges people to come out in the fringe of the usual weather season, and it raises the community visibility of bicycling as an economic presence. All good things. 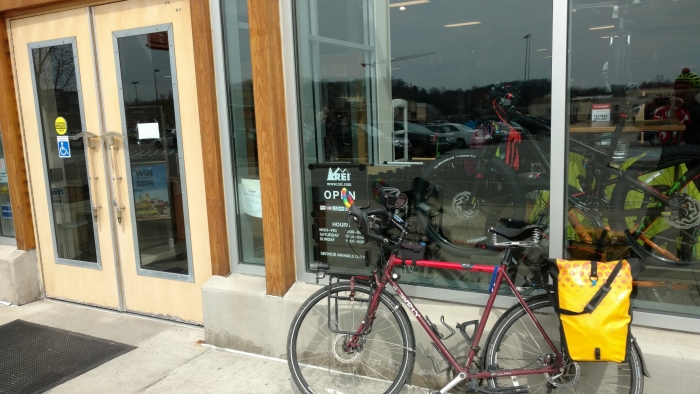 Errandonnee 2017-2: Arts & Entertainment. I read at Barnes & Noble for a while. Disappointingly little is new. 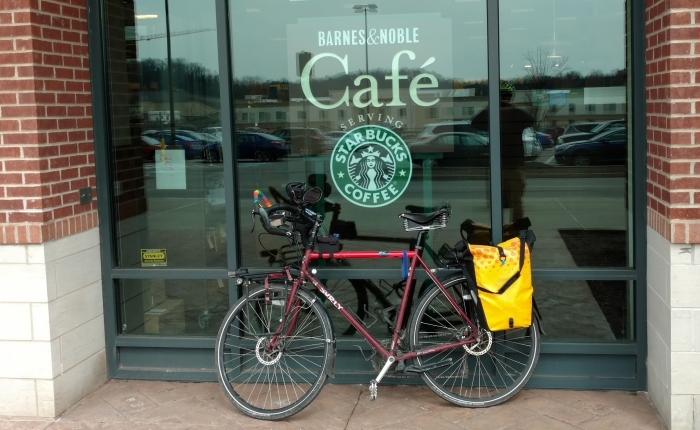 Errandonnee 2017-3: Work. I made several work phone calls and did some Cloud-Google-gig at Panera's. 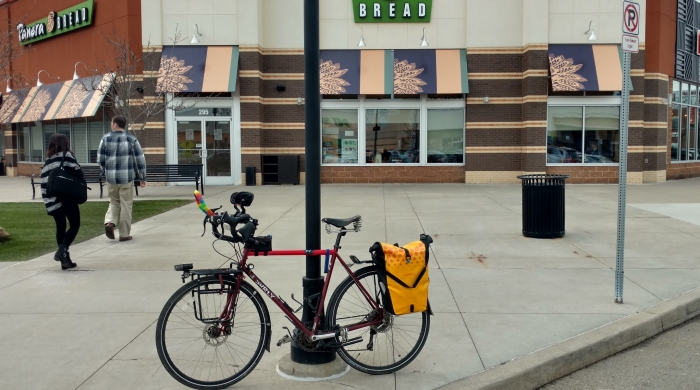 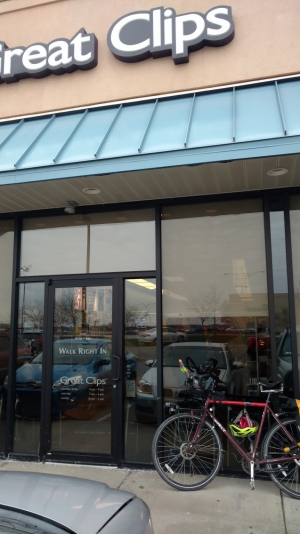 Errandonnee 2017-5: A Store. Stopped at Staples to retrieve a ship-to-store audio cable. 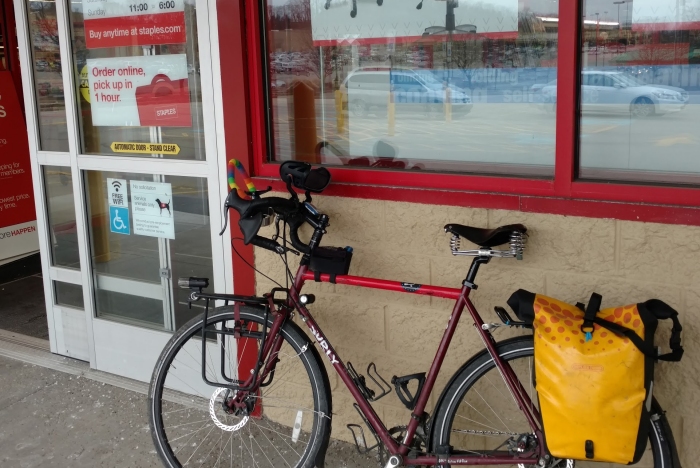 Errandonnee 2017-06, March 22, 8 miles: Personal Care. Biked to a therapist appointment, in the building which apparently contains more mental health professionals than any other in Pittsburgh. 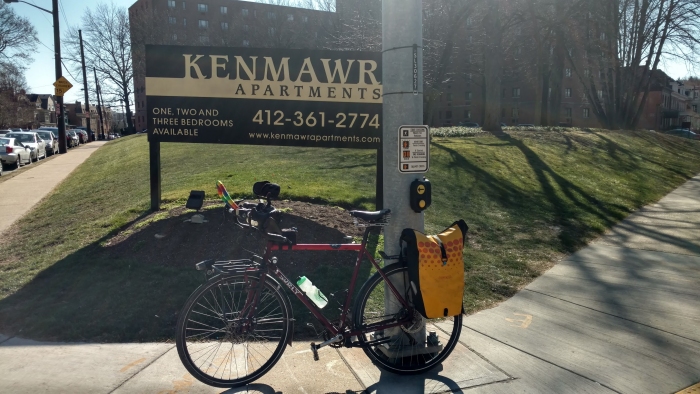 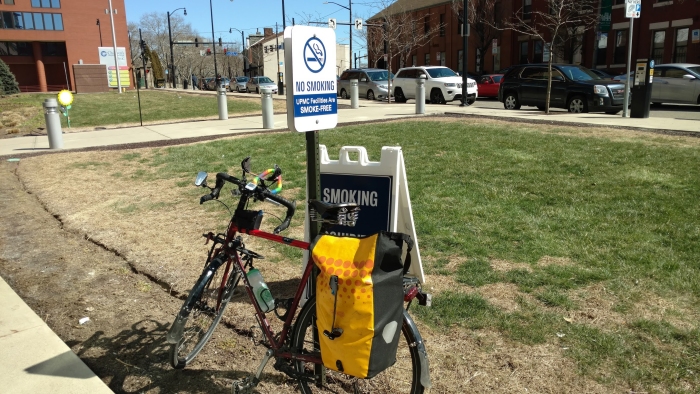 Errandonnee 2017-08, March 23, 4 miles: Self-care. Scheduled appointment at the psychologist again. "When in doubt, breathe." That's his window at the yellow arrow. 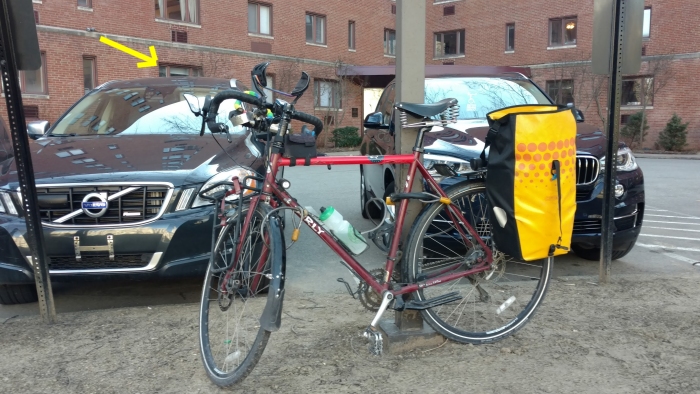 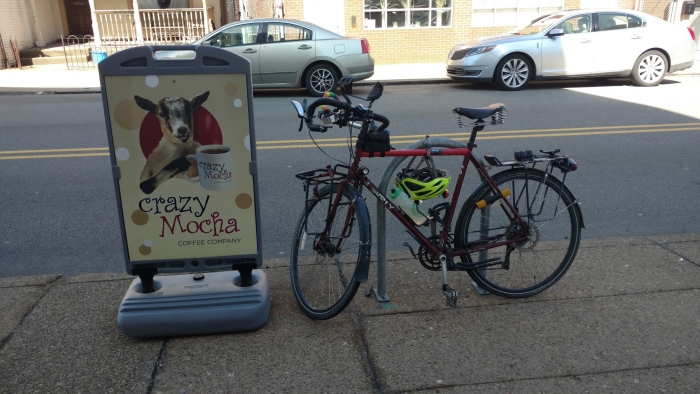 Errandonne 2017-10, March 25, 13 miles : Arts & Entertainment. Rode to the Little Free Library off Franklin Ave in Aliquippa, deposited my recently acquired (and read) copy of The Autobiography of Malcolm X (as told to Alex Hailey). 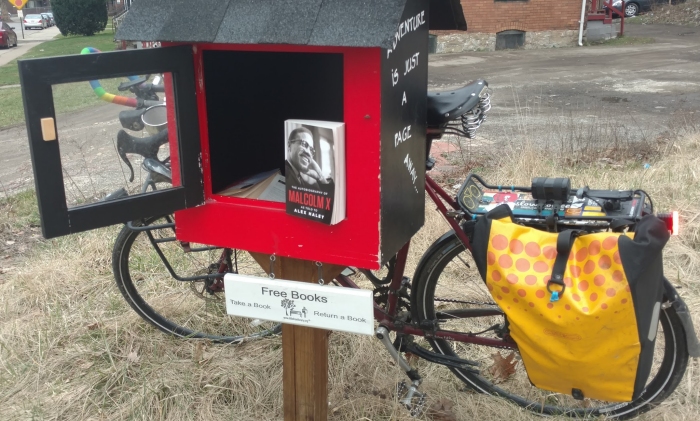 Errandonnee 2017-11 : Non-Store Errand. Rode to the Taylor Lee Banks Ghost Bike on Route 51, State Bike Route A. Being out in the elements, especially the wind, has blown the ghost bike around. A few zip ties and it was "ship-shape and Bristol-fashion".

Errandonnee March 27, 2017-12 : Personal Care, 4 miles. I had a crown that ejected from my person last night, so I rode to the dentist to get it re-installed. And with that: Errandonnee 2017 Complete! 12 Errands, Seven Categories, 30 miles. 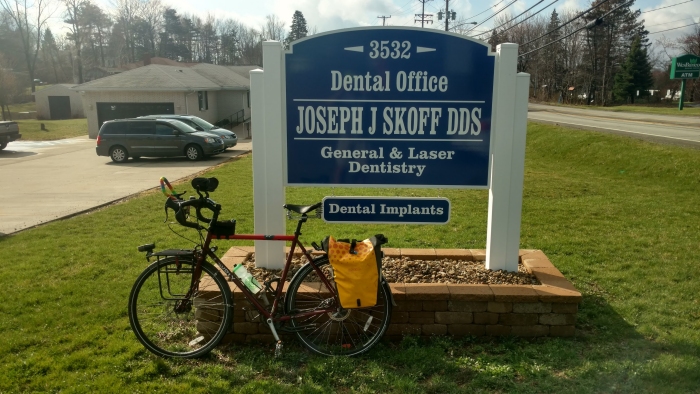 The categories, Seven of Which Must be Satisfied, with Seven Accomplished:✔